Artists have always known how to make a transversal analysis of their contemporary society from a point of view that has allowed them to deal with increasingly new themes even while acting within the tradition that preceded them.

With Passaggi di tempo the MAAB gallery proposes an “open and dynamic” selection of works from its own collection in which the dialogue with the material, the study of light, and the allusion to experience and everyday life are at the centre of the inquiry conducted by each artist.

In the works by Giuseppe Uncini (Fabriani, 1929 – Trevi, 2009) his interest in material was shown from the 1950s onwards. One of the members of the Piazza del Popolo School and then of Gruppo Uno, Uncini used iron and reinforced concrete to generate polymorphous and rigorous works that show the physical life and organic side of the material itself.

After having created such important series of works as the Colères, the Accumulazions and the Poubelles, Arman (Nice, 1928 – New York, 2005) continued with his experimental art by insisting on the inclusion of everyday materials in his work, mainly cut up musical instruments, within a cement platform which he defined as a Béton.

The works by Vincent Beaurin (Charleville Mézières, 1960) are visions of the mind that are materialised in mysterious objects with encrusted and resplendent surfaces, pure and stylised forms that recall syntheses of animals and geometric figure or smooth cocoons that seem to rise in the air. Small spheres or splinters of glass cover the polystyrene structure to immerse it in an immaterial light that lives and changes according to sudden refractions.

Faced with the definition of a new society, the nature-culture duo is at the heart of the art of Piero Gilardi (Turin, 1942). Starting halfway through the 1960s, Gilardi made his first Tappeti natura, works in which nature loses its character of continuity and immensity. Made from expanded polyurethane, these works constitute the synthesis of reflections determined by the uncontrolled industrial development of the post-war period.

The subjects of the works by Markus Willeke (Recklinghausen, 1971) derive from such heterogeneous situations as roller-coasters, animated cartoons, ransom notes, and Venetian blinds. We are dealing with the common objects and banal situations of everyday life from which they have been detached and brought into the world of painting, and here they lose their quality of real objects and take on the basic and inescapable function of a pretext. 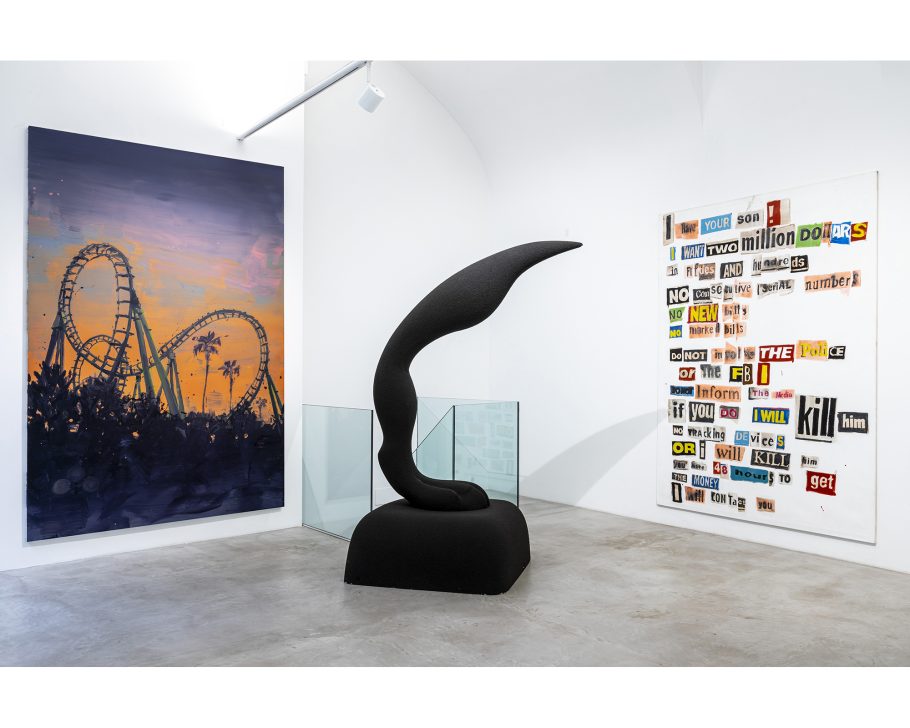 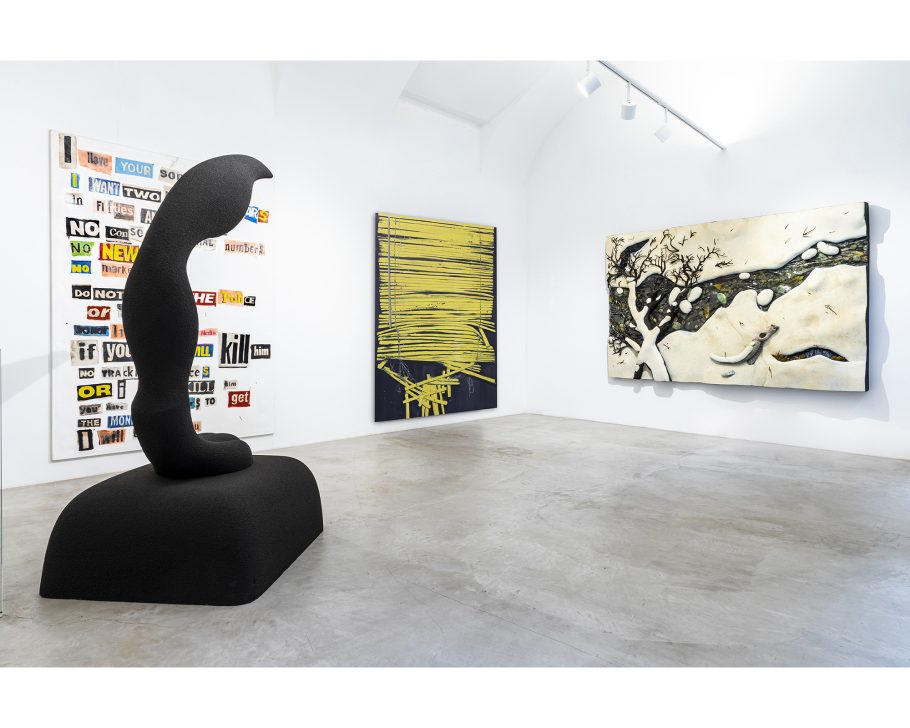 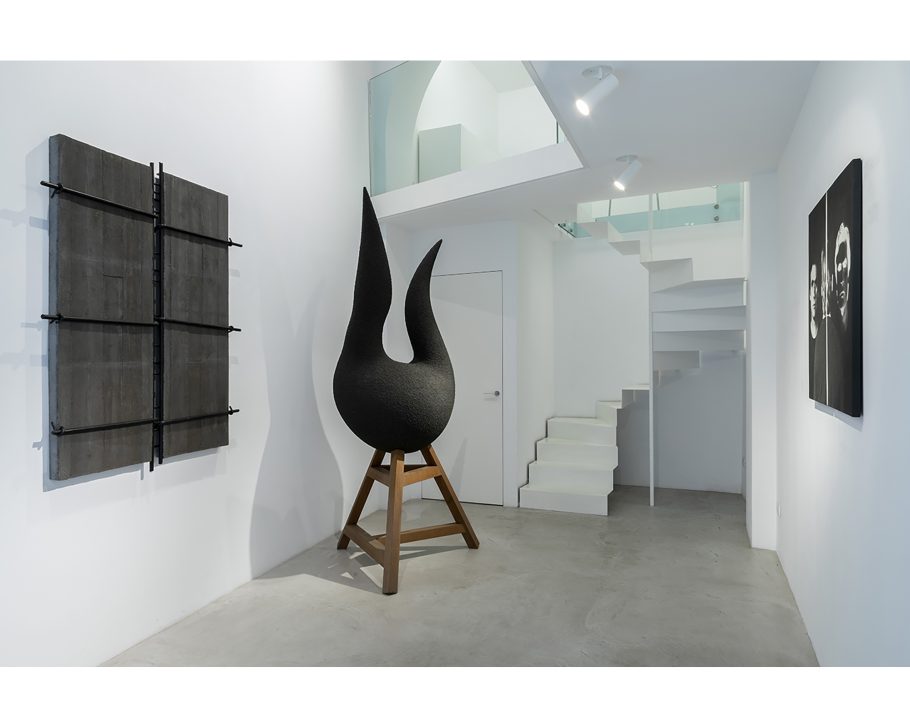