A selection of important historic works by Arman, from the 1960s to the 1970s, reveals how the development of one of the most significant artists, not just of Nouveau Réalismebut of all the 20thcentury, touched on everyday life and gave it a form through assemblage, the accumulation of fragments, or deconstruction in order to give viewers a new critical sense of things and the world.

With the consumerist and technological boom of the 1960s Arman began to concentrate on an idea of objects that considered them to be both repulsive yet seductive; their proliferation, even as rejects and trash, is evident in such works as Accumulation Renault (1969), Colere de Television (1976), Striptease (1963), and Petit Aleph (1978). In their numerical accumulation, objects lost their function and became form and colour, passing from mass production to mass aesthetics. Remembering his childhood visits to technological fairs in the company of his father, Arman as an artist permitted himself a vivisection of technology in order to discover its mechanisms and procedures. And so Arman’s gaze rested indifferently on both technological objects and on objects that already in the 1960s seemed primitive mechanisms, such as old, rusted padlocks (Portrait de Famille, 1965), axes, or reels of thread.

In the work of Arman, an enthusiastic opera lover, musical instruments underwent the greatest number of diverse treatments: they were not just assembled, but cut up, exploded, sunk in cement or plastic. Quantuor (1969) and Free Jazz (1971) are representative of this passage of instruments through the manipulations of art. These works also stage a sense of revolt against academic and institutional genres, represented by the classical instruments of music, a rebellion against the rules, something also present in the same terms in Fluxus. And thus he shattered, bent, cut, fragmented, and burnt the bridges with tradition as represented by conventional musical instruments.

And so Arman’s view of the time of technique associated with the time of humans and their instruments, even such recreational ones as violins or the Ping-Pong balls of Sans Titre (1966), today have a particular relevance in a historical moment when technological updating has become increasingly tireless and firsthand, conferring on Arman’s work the value of a deep consideration of human time and identity in relation to humanity’s products.

The show will be backed by a bilingual catalogue (Italian and English) with a critical essay by Gianluca Ranzi. 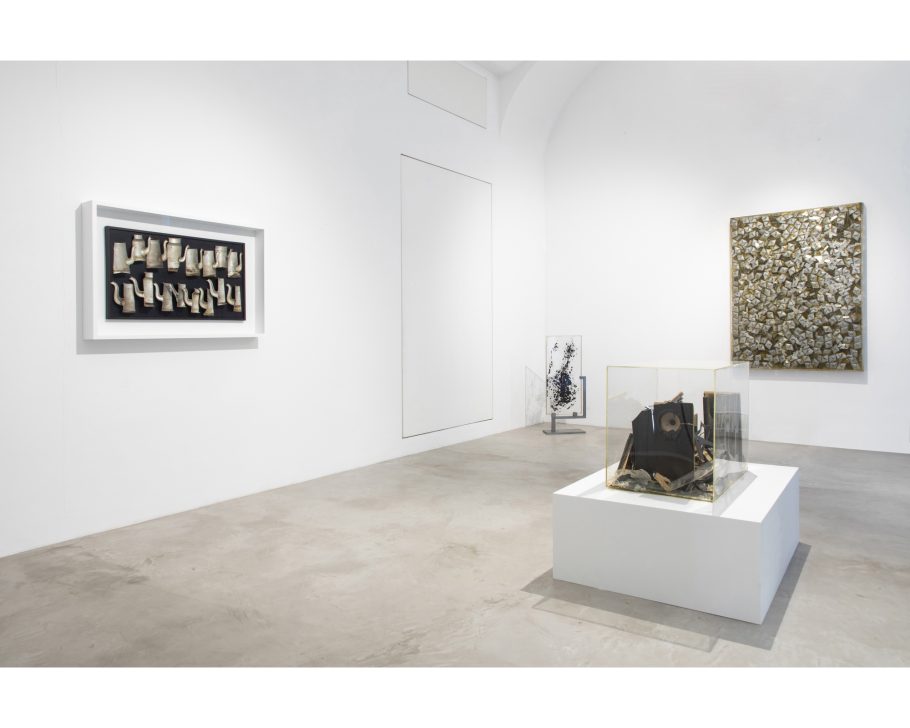 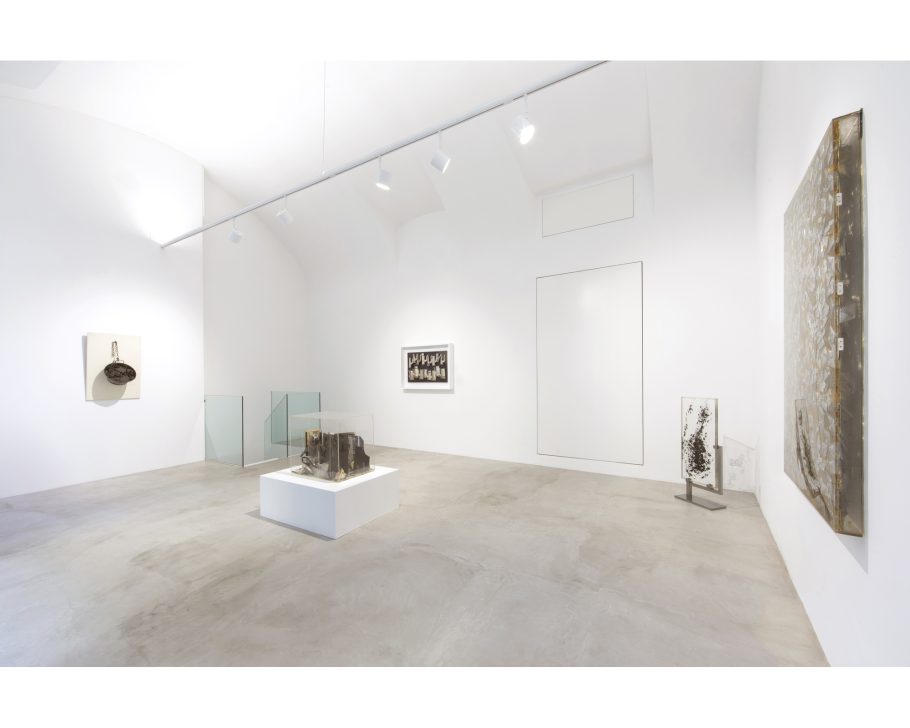