The exhibition by Scurti starts off the new series of solo shows of the MAAB gallery. The project, curated by Massimiliano Scuderi, has an emblematic title that expresses the present historical moment but also this French artist’s modus operandi, in a balance between artisanal creation and industrial production. The central idea of the exhibition is the dialectic between everyday economy, the art market, and something more sacred. On show are two nuclei of works and an installation specifically conceived for the space in Milan.

Landscapes painted by anonymous artists and canvases at times made from wax bought on eBay are recreated by the artist in the form of still-lifes, closed in the lower half by an alveolar material in use for building, a clear reference to architecture and something that closes the work like a visual caption. New Chance is the title of one series of works, each enclosed in a box of coloured Plexiglas which, by reconfiguring the image, sparks off a mechanism of a different perception of the work which in this way acquires a new afflatus of values.

By quoting the Belgian artist Marcel Broodthaers, through his creative intervention Franck Scurti transforms merchandise into collectors’ pieces; by applying new colours to the objects found in markets he gives them other meanings, hovering between high and low culture.

The other series of works on show is called Lux Vision and consists of glass surfaces placed on the wall, like the yellowed stained glass of Gothic cathedrals, and made in Murano. This intervention clarifies the sense of the show even better. In fact, the works represent the design, all-too familiar, of the microchips of credit cards and, like luminous windows, allow a sight of the wall behind, in other words the reality of the market ontologically represented by the architecture of the gallery inasmuch as it is a commercial space. The vivacity of the light, that penetrates the objects, seems to be radiated by the windows themselves, underlining even more the ambiguity of the work.

With this show Franck Scurti takes up again one of his best-known lines of research. After having dealt with the social and economic crisis, in a series of sculptures that allude to Van Gogh’s Potato Eaters (2018), with the Fine del Mercato he now deals with a metaphor for this historical moment, in all its criticality and potential. Attentive of both underground phenomena and the artistic tradition of the historical avant-gardes, the artist has always considered art as an undertaking starting from observation of daily life; in this case he has used the metaphor of the Market as a way of highlighting the value of things when they are not treated as well-known entities or simple values of use and exchange. 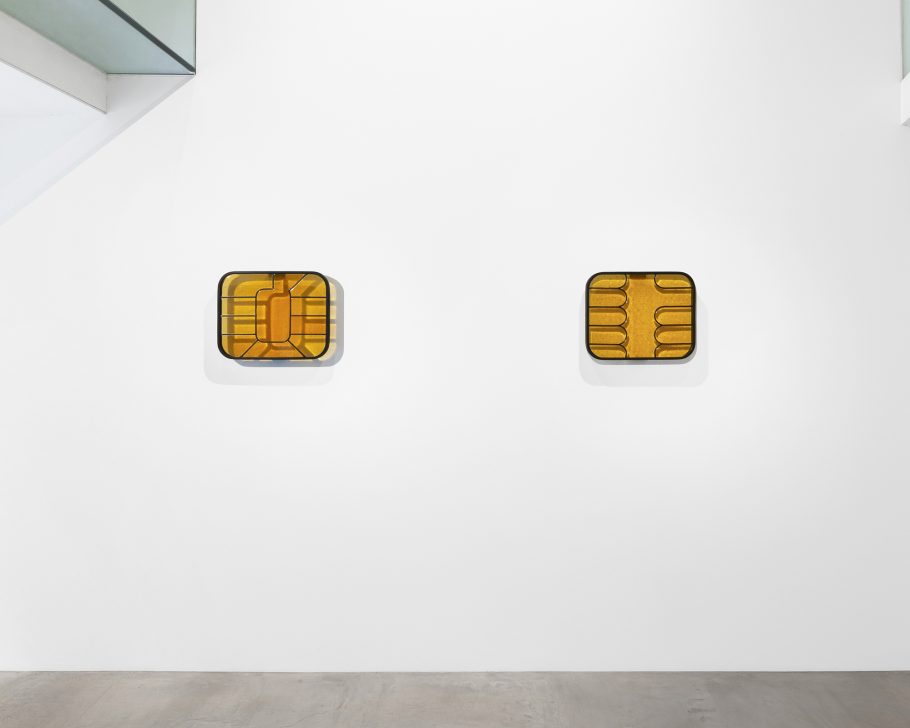 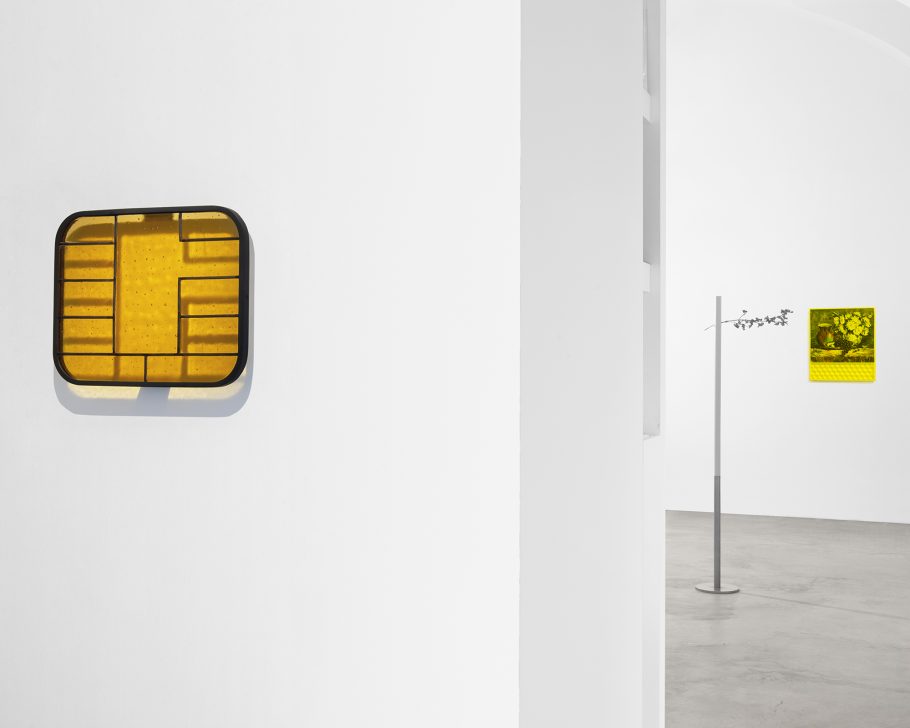 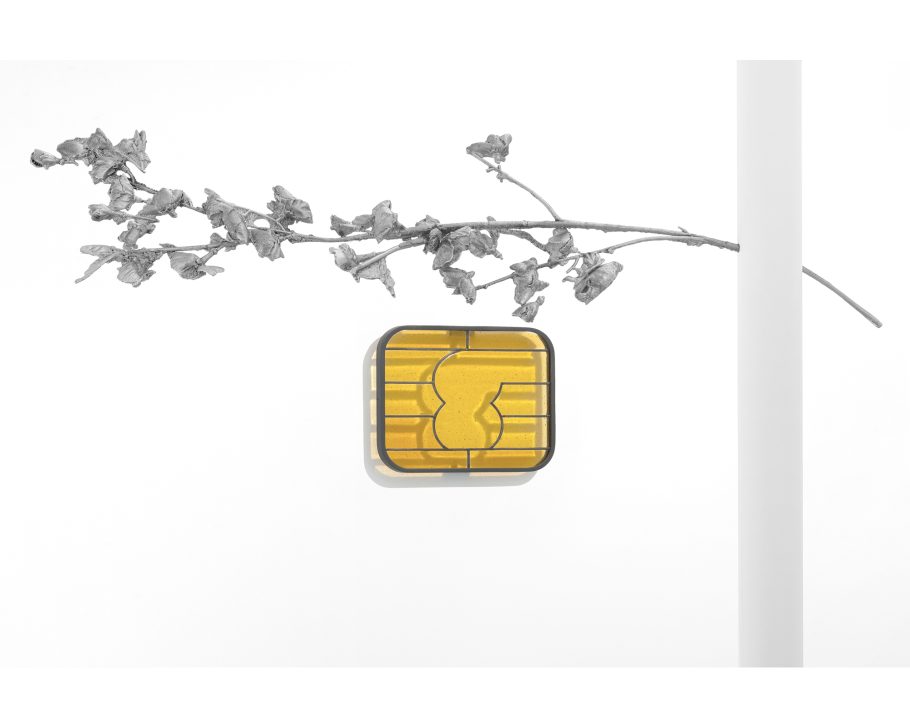 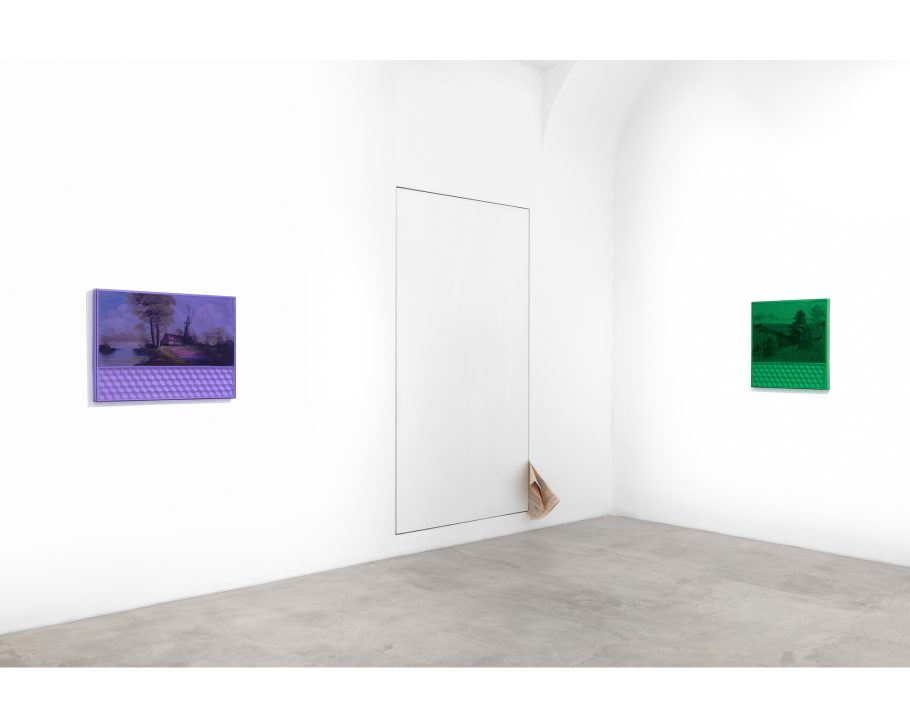 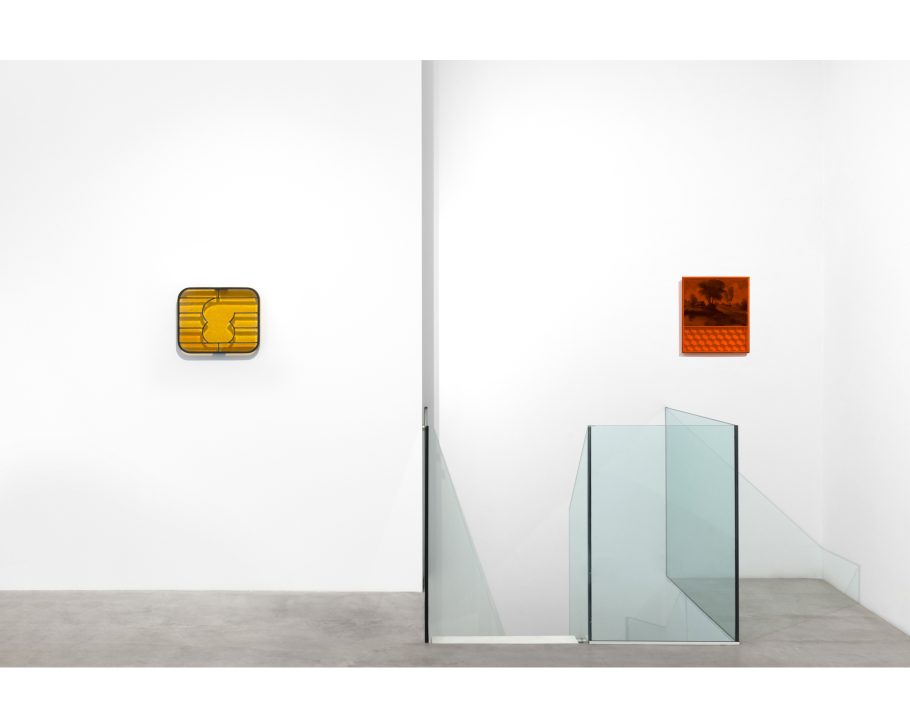