Homo Faber (1957) is a novel by Max Frisch in which the protagonist, Walter Faber, the epitome of every pragmatic, rational skill, of the logic of making and of a technical civilization, is however completely impervious to every instinctive, precarious, and chaotic element of the human condition.

The artists participating in this exhibition also share this aptitude for making, for becoming personally involved in the process – technological as well as manual – of the production of a work of art. However, unlike Homo Faber, they are also quite aware that the certainties offered by technology and reason are not as absolute as they may appear. Through their work – using mould and matrix Cohen, weaving and the loom Cruickshank, ceramics and painting Lindner – we can glimpse a much broader vision than simple making, one that involves reality and fiction (Cohen), experimentation and knowledge (Cruickshank), and metamorphosis and nature (Lindner).

Benjamin Cohen (UK, 1986), Will Cruickshank (UK, 1974), and Claire Lindner (France, 1982) thus find an opening by showing us how painting, sculpture, and installation are capable of coexisting, bringing to light the enigmatic threshold between human beings and their making, between manmade objects and the meaning that is bestowed upon them by the world.

Benjamin Cohen’s installations are an expanded, experimental form of sculpture in which extended notions of sculpture, painting, film, and media coexist, as well as an unrelenting dedication to a motley process that employs objects, film, photographs, sounds, and structures to explore the concepts of architecture and memory. The process is in fact both transitive (the shift towards different materials and techniques) and transitional (from the matrix to the original, from the mould to new, unprecedented shapes). The artist moves forward by choosing and discarding ideas, materials, and processes as they feel appropriate or useful in the present moment, rediscovering apparently exhausted work methods, reinforcing and re-exhausting them once again.

Will Cruickshank adopts a multidisciplinary approach that includes sculpture, textiles, film, photography, and print. The works displayed are objects produced by experimental machines devised by the artist himself. As a consequence, he is also the one to choose the materials (yarn, wood, plaster, pigments) and production techniques (spinning, weaving, colouring, sculpting). In his work the experimental, mechanical aspect combines improvisation and planning into a single process in which creativity is used to develop the instruments as well as the objects originating from them. Often repurposing items such as cement mixers, bicycles, or potter’s wheels, he has designed complex, improvised looms, makeshift potter’s wheels, printing machines, and water engraving techniques.

Claire Lindner’s ceramics also fall into the category of creative process, which in her work has to do with a fantastical imagery that feeds on inspirations from the natural world and its shapes, on the grotesque and the sublime, on the familiar and the disturbing. In her ceramic creations we can observe the artist’s desire to literally dirty her hands, as is true for the other two participants in this exhibition. This practical proclivity is combined with a mental, speculative approach: thus, the combination of thought and the act of making spawns polychrome sculptures with organic, metamorphic shapes, that on the one hand arouse sympathy and recognition, while at the same time eliciting a sense of unfamiliarity and subtle anxiety, of confusion and mystery. 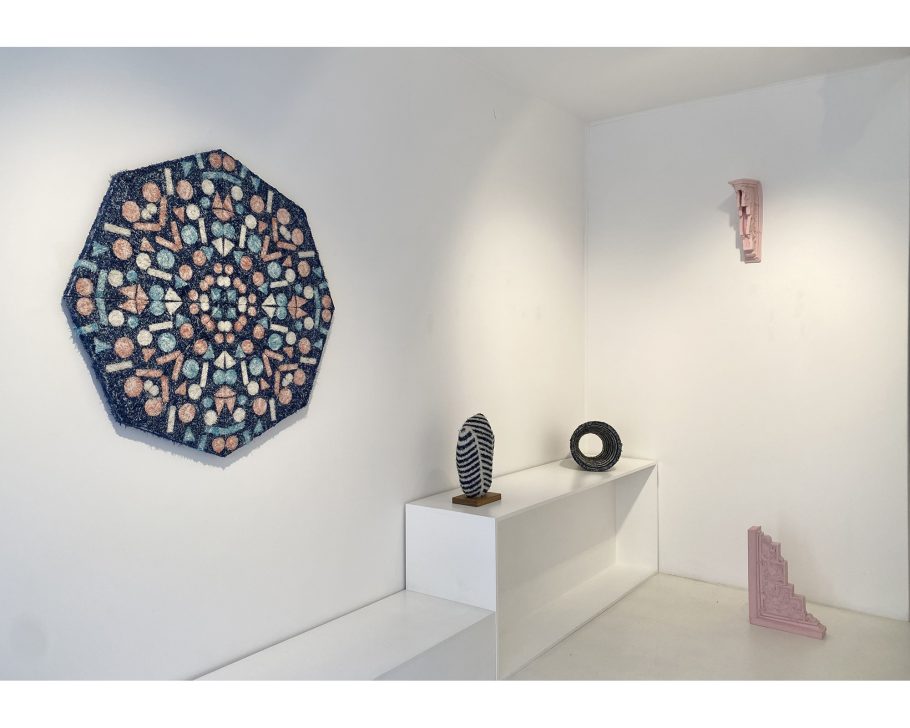