This exhibition collects the works of five artists who, covering the Modernist era to contemporary times, have worked on the idea of compositional geometry, of conceptual clarity and expressive rigour, that didn’t close in upon itself but rather was capable of holding together vision and illusion, ingenuity and transgression, tradition and innovation.

The works of Bruno Munari, Imi Knoebel, Nahum Tevet, Christian Megert, and Winfred Gaul represent art’s attempt to constantly modify the vision of a world that, as proven by the “Age of Extremes,” is ever changing, challenging our perceptive habits, and opening time and again to new cognitive challenges and new interpretative constellations. The artists on show seek an anchorage in the expressive linearity of geometry, which must here be intended in a broader sense, capable of overcoming Euclidean rationality to encompass more heterodox visions such as fractal geometry and the geometry of hyperbolic polygons. What emerges are five paths to abstraction and five visions of a fluid, dematerialized world the consistency of which no longer simply resembles a solid but also possesses the evanescence of a cloud, moving and mutating in the sky.

The path taken by Bruno Munari (Milan, 1907-1998) is polyhedric and seminal, not only in the variety of its references to the worlds of art and culture, but also because he was precociously capable of uniting sculpture and industrial design, painting and cinema, animation and publishing, graphics and teaching. His work establishes a constant reference to the creative freedom of childhood and a subtle albeit daring use of irony in which geometry becomes an open field for experimentation, rejecting any form of cultural dogmatism and mental inflexibility. His colourful, combined shapes, while allusive of the fundamental compositions of forms and colours of the Historical Avant-Garde, recalibrate weight and colour temperature, full and empty spaces, letting harmony and dissonance emerge.

For Nahum Tevet (Israel, 1946) a work of art is the underscoring of a memory that advances one fragment at a time, nearly triggered by a deconstruction of objects, of their meaning as well as their function. The interaction of shape, colour and space is also the symptom of an attitude inherited from the historical Avant-Garde but not dominated by it. Here and there, colour and unfinished portions of the work are used to unburden the significance of an overall project, to cancel out ideologism through constant remodulation and readaptation. His three-dimensional structures seem to be the fruit of a compositional deflagration that always finds its reassembly point where the arrangement of the single elements lives in a delicate balance and fertile precarity that bear witness to the constant process of adjustment and adaptation which even human beings are forced to endure.

Imi Knoebel (Dessau, 1940), one of the most important German artists of the second half of the Twentieth century, uses geometrical compositions in combinations of two or three colours, occasionally adding a phosphorescent effect that absorbs, stores, and propagates the surrounding light. Knoebel investigates formal contrasts such as clean cuts versus softness, colour versus neutral hues, and opaque surfaces versus a vivid mirror effect. He mixes architectural motifs into articulate compositions, such as pieces of wood in the shape of windows or doors that partially include the surrounding architectural structure in areas of the painting. In other works, the painting expands on an architectural scale, inviting the viewer to enter its space of pure, resounding colour, creating a “humanistic” version of abstraction that is closer to the world of thought than that of pure abstract shape.

Christian Megert (Berne, 1936) uses light and luminous reflections like a laser that segment, cut up, and disturb the picture space, to then spread through the environment and the perceptive dynamics of the viewers. Mirrors become the main means for new and continuous hypotheses of spatial modulation. The work is constructed with skill and clarity by way of a constructing weaving that alternates narrative and geometrical phases with others that are aimed at destabilising expectations. The result is the definition of an unstable representational boundary that continuously shifts between various spatial and temporal dimensions. In this way Megert reminds us how much art today reflects life and not an ideal of life: art through abstraction and geometrical decomposition takes on itself the chaotic state that surrounds us for the necessity for a transparent look at the world around us, no longer an act of faith in the Cartesian nature of things but an act of testimony towards everything fragmentary, incomplete, and eminently poetic in the world.

The series “Verkehrszeichen & Signale” (Traffic Signs and Signals) by Winfred Gaul (Düsseldorf, 1928 – Kaiser-swerth, 2003) consists of canvases painted in the bright colours and the geometrical structures that were typical of the majority of the artist’s production between the Seventies and the early Nineties. These are pieces Gaul began working on before his trip to New York, when he put a permanent end to his informalist period and embraced analytical painting, influenced by the American Post-painterly Abstraction movement. Like Mondrian, he was probably affected by the incessant energy and the casual traffic of the streets of Manhattan, which inspired him in the production of these powerful urban icons in surprising colours. Gaul’s playful perception produces a sense of freedom, as his shapes – a synonym for movement and energy – are set free by colour and vibration. 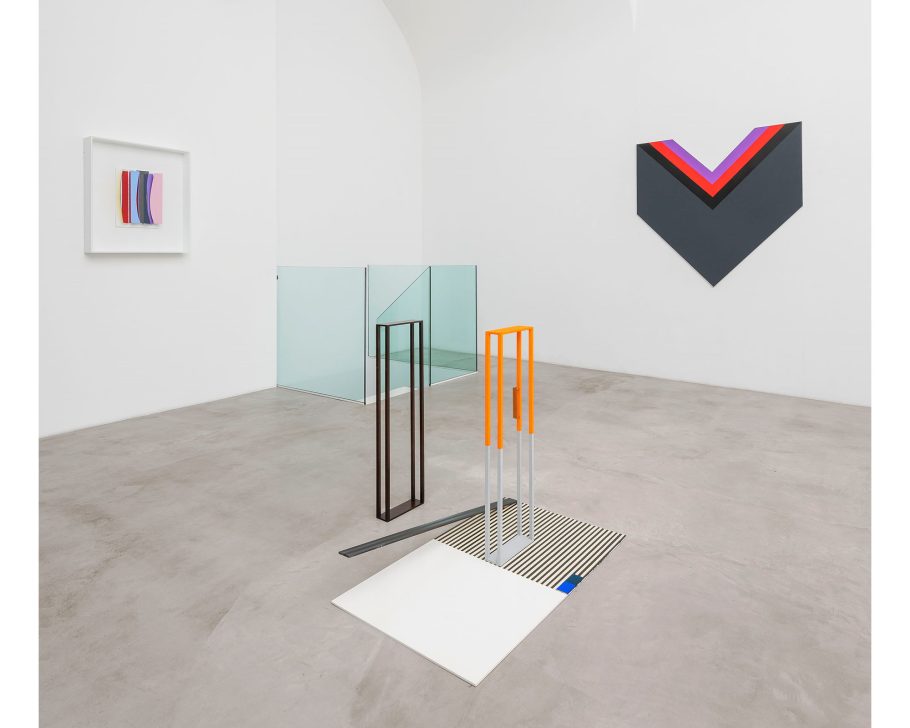 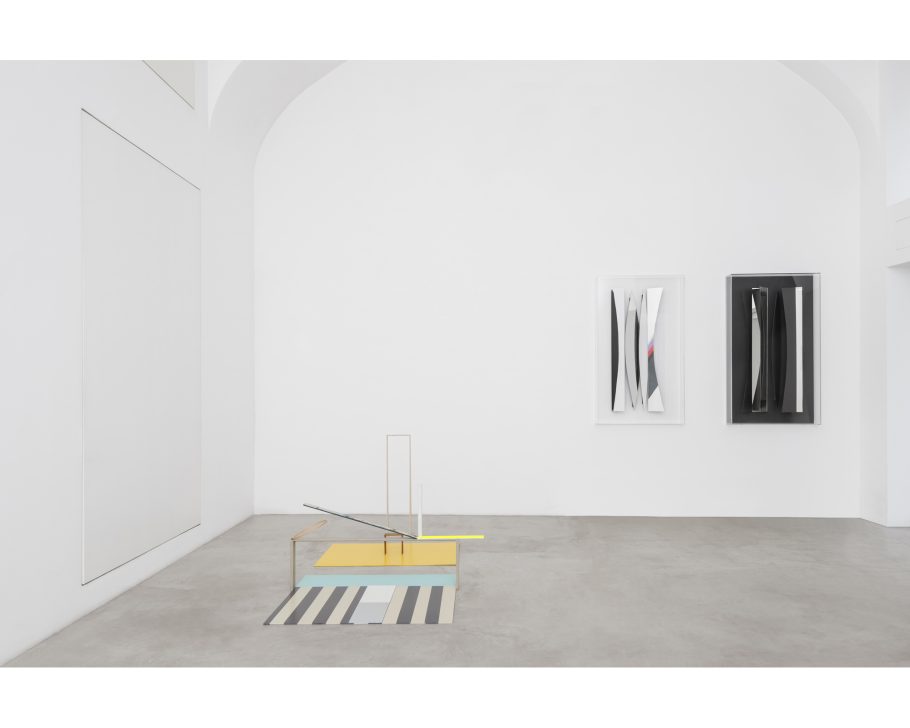 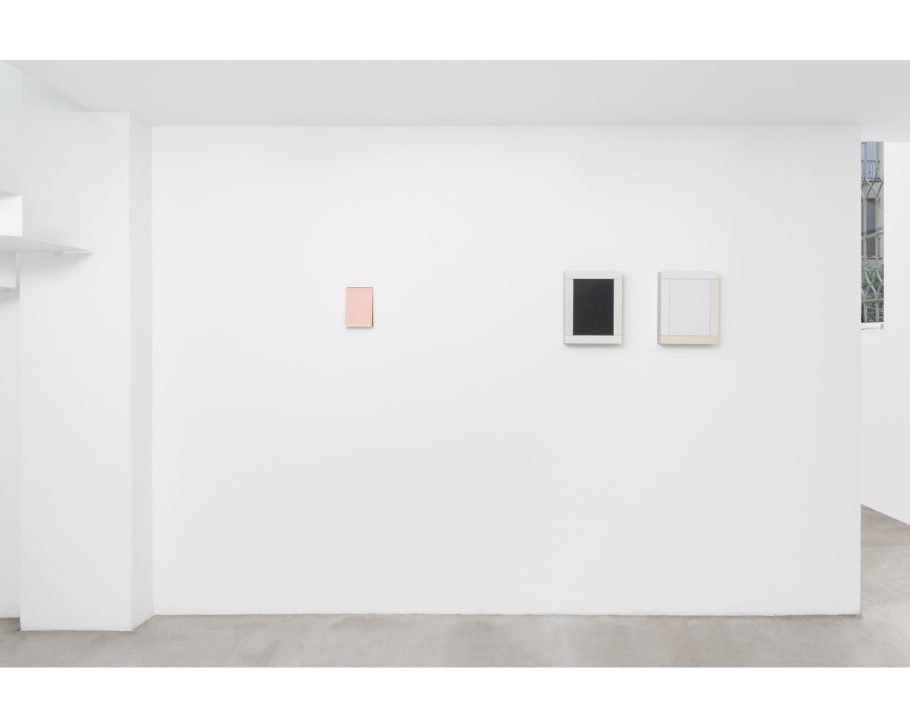