The Maab Gallery is presenting, for the first time in Milan, a show by the German artist Axel Lieber (Düsseldorf, 1960), one of the most original voices on the contemporary European scene, as has been demonstrated by his exhibitions at the Moderna Museet, Stockholm (2010), the Den Frie centre for contemporary arts, Copenhagen (2012), the Künstlerhaus Bethanien, Berlin, and the permanent room devoted to his work at the Bonner Kunst Museum which opened in October this year.

This present show, curated by Gianluca Ranzi, brings together a selection of works made by Axel Lieber over the past ten years and reveal all his prodigious manual dexterity: installations and assemblages that create an impassioned, ironical, and surreal journey around the world of such everyday objects as chairs, tables, shoes, cardboard boxes, paper bags, teacups, sugar bowls, and shirts. In the hands of the artist these become puzzles and puns: they are miniaturized or enlarged as though they had stepped out of a dream of Alice in Wonderland; they are repressed and flayed, with sarcastic backward glances to Piet Mondrian and Gerrit Rietveld; they are free to go beyond the limits imposed by their functions and their practical use in order to discover an unsuspected and imaginative poetic and playful vein.

A pupil of Tony Cragg at Düsseldorf art college (1978-85), even from the time of his solo show at the Raucci e Santamaria gallery in Naples in 1992, Lieber has developed a multifaceted and interdisciplinary art that, with lightness and irony, ranges over the most diverse expressive materials and forms; with them he playfully brings together installations, sculpture, photography, and design. In particular, the planning aspect of design lends itself to an ironical demystification that derives from the artist’s deep admiration for the work of Bruno Munari, which has supplied him with the starting point for an incursion into the world of chance, play, and the unexpected.

In this way anthropology, science, humour, and fantasy all inhabit Axel Lieber’s works, as can be seen, for example, in Domestic Molecule, a work which weds molecular biology to a tea service, in Drawing a Universe, in which an interstellar universe magically appears on a sheet of paper that has been manipulated by the artist, or in Screenplay Comicbox, where the pages of a comic book have the three-dimensional volume of a sculpture that hides within it an infinite series of possible worlds, including an opening out of meaning and a new energy that also animates Modern Architecture and Short Cuts; these are works in which real furniture is partially deconstructed and then reassembled into new, Lilliputian and defaced structures that are both a challenge to logic and an irresistible source of enjoyment for the intelligence. 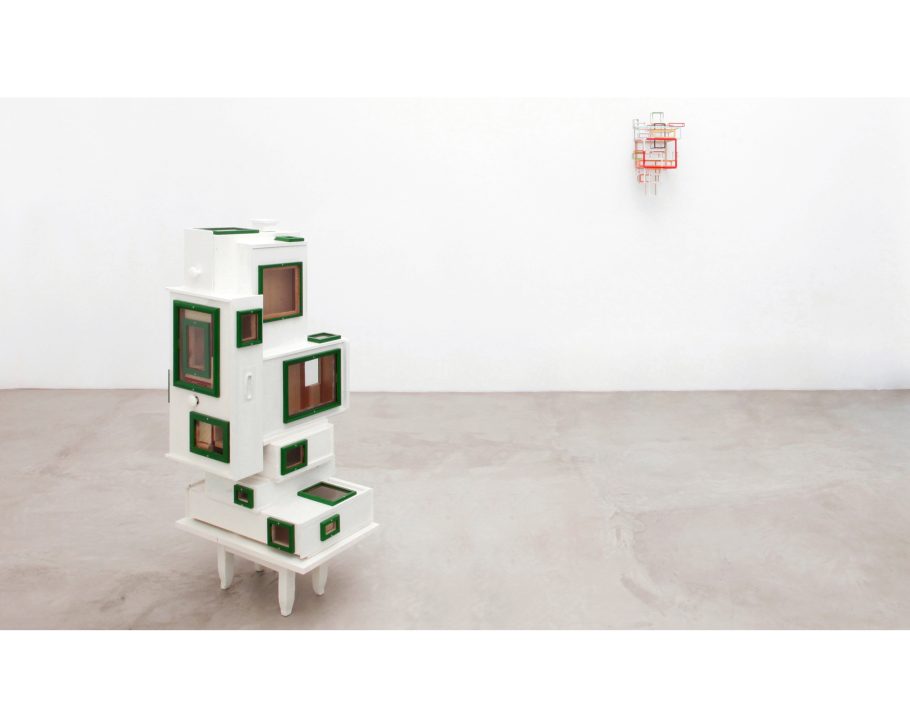 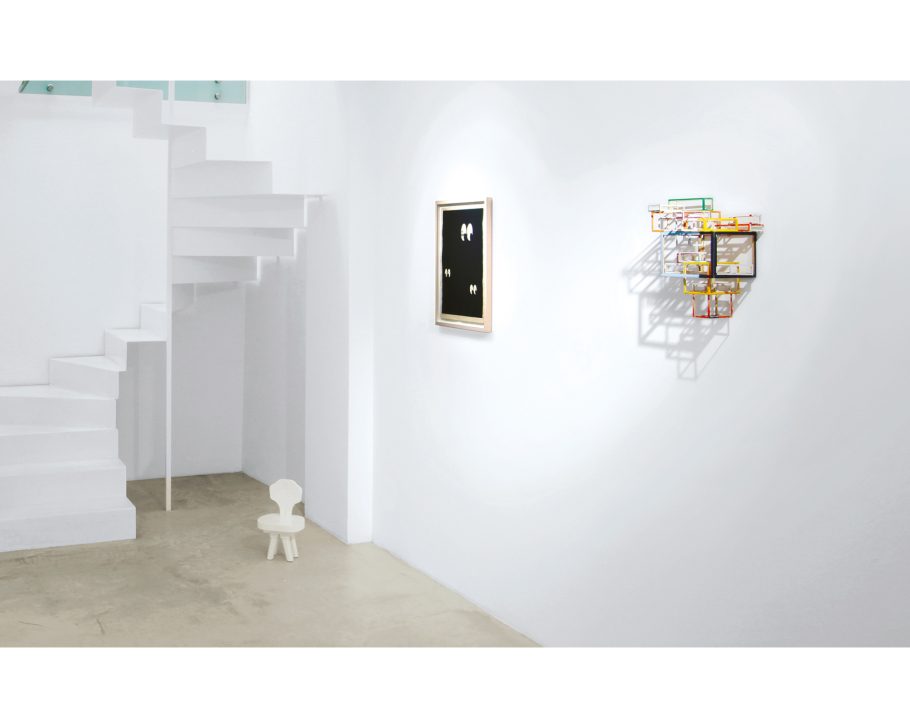