The exhibition presents a selection of polyurethane works by Piero Gilardi (Turin, 1942) from the 1970s to the 1990s. If it is true that nature has always fascinated and inspired people, from the caves of Lascaux to the work of contemporary artists, Piero Gilardi’s works re-establish, and in a certain sense recreate, the bond of fellowship and affinity that embraces man and nature, to the point of finding a personal synthesis between Darwin’s evolutionism and the theory of New Media and Artificial Life.

The work of the Tappeti-natura (Nature mats), which began in the mid-1960s, highlights, even in its most recent developments, the interconnectivity that binds man to the world, as well as the potential for co-evolution of this relationship over time. This profound connection appeared in full structural evidence following the development of cybernetics and systems theory in the second half of the last century, and it returns in Gilardi’s work in his multisensory approach of openness and confrontation, in his recent interactive and multimedia installations and, from 1985 onwards, in the elaboration of the Ixiana project, which took shape in the large Parco d’Arte Vivente in Turin.

Many questions are raised by Piero Gilardi’s work. What is truly nature and what is the work of art? How is the definition of nature and the natural changing, along with the overall definition of man and human, also in the light of A.I. technology? What are the differences that distinguish the vegetable, the human, the animal and the mineral?  These questions are followed by a consideration of the role of technology in our time, the anthropisation of the world and the end of anthropocentrism between the becoming-machine and the becoming-earth.

Gilardi foresaw, as early as the 1960s, how under the pressure of increasingly invasive technology, the boundaries between man and nature, between object and organic body, were gradually transforming and overlapping, opening up new forms of coexistence and subjectivity, which were sometimes paradoxical but not necessarily dystopian.

The polyurethane fragments do not represent or suggest, but become sensory vectors, not least through the paradoxicality of their relationship with natural reality, which prompt the observer’s brain to provide new responses to new stimuli. In this way, the surprises and mysteries of nature, through the supposed artificiality of art, become probes thrown into the reactivity of the human, into their capacity to produce new horizons of sense, or non-sense, as the case may be. The gap between the familiar and the perturbing that one feels in front of the Tappeti-natura, therefore, creates the distance, the obstruction, the ‘discrepancy’, according to a term used by the artist, that allows the observer to recreate nature by breaking down the acquired codes. In this case, therefore, nature is not only frozen in the fragment of polyurethane to which that particular image refers, but is also that of the neural connections brought into play by the interaction between the artist and the viewer of the work, and the resulting ability to extend the concept of life to the artificial, beyond the barriers of the distinction between organic and inorganic. 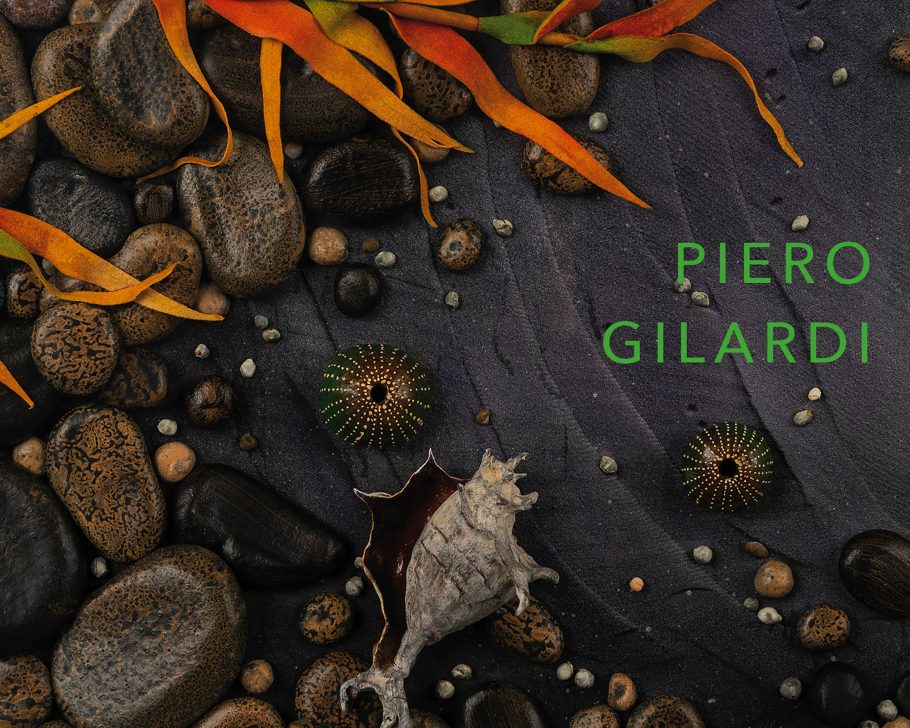