MAAB Gallery is presenting PERISCOPE, a series of previously unseen collages by Nanni Balestrini, made in Paris in August 2016. The show, curated by Gianluca Ranzi, consists of 20 works measuring 42 x 20 cm., and one measuring 84 x 40 cm., together with some historical works to illustrate the artist’s development from the 1960s until today. The title of both the show and the collages derives from the well-known Parisian magazine Pariscope, founded in 1965, and the weekly issues from August 2016 were used by Nanni Balestrini as the prime material for his collages.

The title of the series was mutated from Pariscope to become PERSICOPE, that 360 degree movement of analysing reality that the use of collage allows the artist. In fact, while the Parisian magazine – the last printed issue of which was published in October 2016 – was devoted to the city’s events, the operation of dismantling and remounting the images and words undertaken by Nanni Balestrini shifts the level of analysis from local reality to a coloured, dynamic and pulsating fresco of the contemporary world, as though there were a shift from geography to History.

There is a two-fold effect: on the one hand advertising images are deconstructed, almost as though to reveal their artificial, glossy artificiality and their reduction to the chaotic media blob that today bundles together image after image; on the other hand the words, numbers, and records, these too fished out by Balestrini from this “copy and paste” media game, now appear to be redefined and repositioned by his acute periscopic view, one that with irony and delicacy also manages to reveal banality, approximation, and partiality.

Nanni Balestrini’s work, which from the early 1960s has been concerned with the boundary between images and words, has always been interdisciplinary and open to contaminations; it has made indeterminacy and receptiveness to visual and literary codes one of its basic characteristics, to the point where his recent film Tristanoil dealt with the theme of the automatic, infinite, and unpredictable regeneration of images. In the case of the PERISCOPE collages, this attention to the laws of chance and unpredictability is associated with an extremely accurate formal recomposition, one that at times is almost “pictorial” in the choice of dominant colours and tones, of the forms used, of the frequency of the letters/marks that articulate the collages, and of the curious “diptych” repetition of some of them.

In this case, Balestrini’s work, which, as was also the case in the past, has its roots planted in the tradition of art, makes use of a language that is perhaps of the future but that looks back to the past; but it is one that, above all, casts light on the present, widening its perspectives, enriching its meanings, and increasing our understanding of things, whether this comes about in us or not. 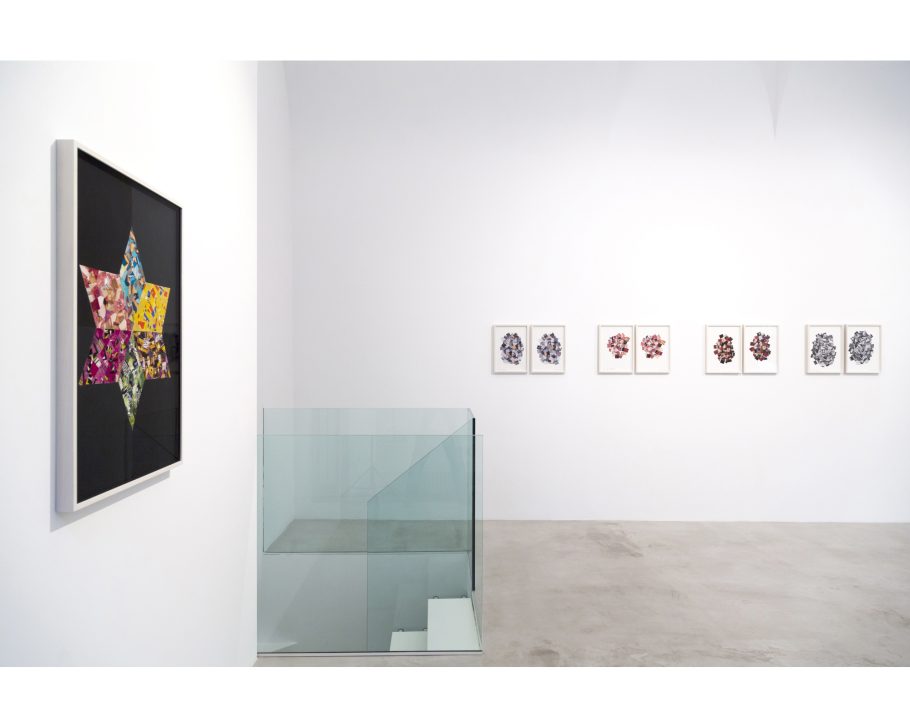