This show juxtaposes and relates together the cement and Corten steel sculptures by Mauro Staccioli (Volterra 1937 – Milan 2018) with images on canvas, paper, and panel by Marco Tirelli (Rome 1956). The two artists have developed a family of forms that, in the case of Staccioli’s sculpture, is turned outwards in a close dialogue with the natural or urban environment, while in the case of Tirelli’s elusive painting it seems to be addressed to the interiority of conscience and the space for meditation.

Mauro Staccioli arrived in Milan in 1968 and there he took part in the renovation of the language of sculpture by shifting attention from the work to the urban environment in which it was placed, often with spectacular and surprising solutions that created genuine apparitions of monumental geometric forms, in a delicate static and landscape-like balance. The minimalism of the forms that characterises his sculptural repertory is denoted by the continuous modulation of curved lines, well represented in the show by sculptures that play with ellipses, curved edges, and discs. The curvature of the surfaces guarantees the sculptures by Mauro Staccioli that particular elastic tension that allows them to relate themselves to the environment, the history of the venue, and their enjoyment by the public. However, his sculpture is never mimetic but is full-blown and massive, as much in the reverberation of the colour of the cement as in the mass placed in relationship to the space (with regard to this, still memorable is the eight-metre cement wall made in 1978 for the Venice Biennale, an intervention that in fact obstructed the view of the avenue that gave access to the Italian pavilion, just like the thirty-metre Corten steel pyramid, 2010, that rises from a Sicilian hill overlooking the sea in Antonio Presti’s Fiumara d’Arte sculpture park). At other times his sculptural intervention is aimed at the observer and shows accentuated corners, spires and an optical-perceptive disequilibrium as a further proof of a conception of sculpture that has definitively superseded closed forms to open out to a continuous dialogue with the venue, its history, and the mysterious traces that inhabit it.

Marco Tirelli, a pupil of Toti Scaloja and Giulio Turcato, is one of the artists of the former Cerere pasta factory in the San Lorenzo neighbourhood in Rome. He was brought to public attention by Achille Bonito Oliva in 1984 with the show Ateliers. From the time of his very first shows at Fabio Sargentini’s historic Attico gallery, Marco Tirelli has demonstrated his particular inclination to treat light as a presence that borders on and is dissolved in shadow, and where the abstract and figurative come together. In his painting, as in his drawing and sculpture, his auratic and austere forms flow from the surface or sink into it, and the chiaroscuro and veiling magically pinpoint elementary figures that are dematerialised in the play of light and shade, losing their consistency in favour of nocturnal and mysterious atmospheres that are generated by the light, and vice versa. From his participation in international shows to his solo rooms at the Venice Biennales of 1990 and 2013, the works by Tirelli have performed a kind of space-time suspension that opens up to an exploration of the unknown, and in which the meditative silence is never empty but is a shocked atmosphere that awaits being discovered by the viewer, and in which there vibrate  traces, marks, presences/absences, memories and possibilities, illusions and reality. The pictorial intervention with charcoal, ink or tempera in the works on show, configure the space of the sheet of paper or the canvas as a gap leading down to the depths of conscience, to the discovery of the mystery of things, and of what cannot be represented by darkness but that, however, we cannot do without for giving value to light itself. 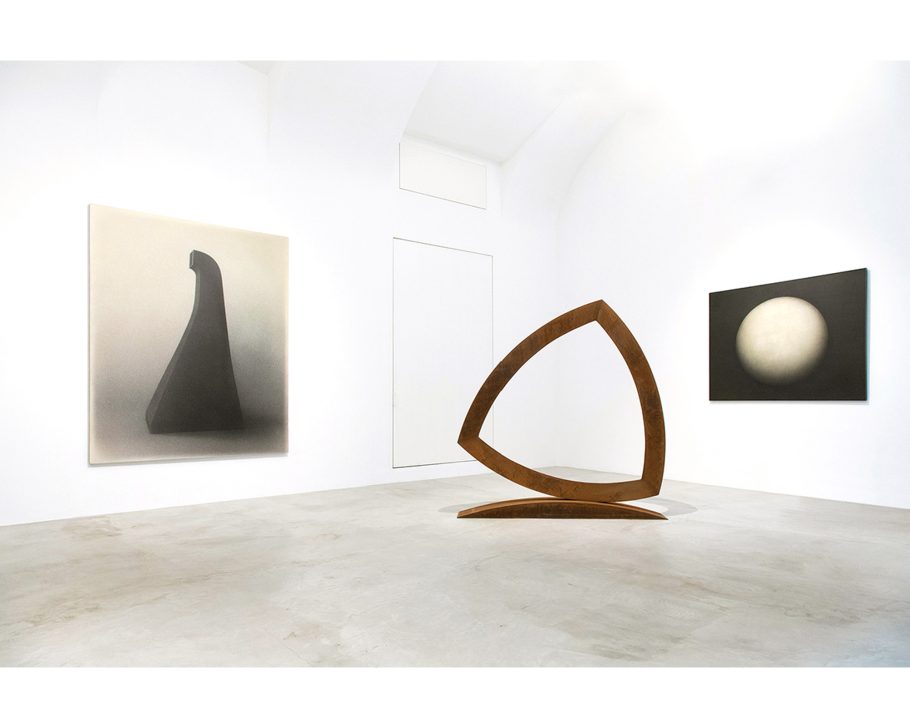 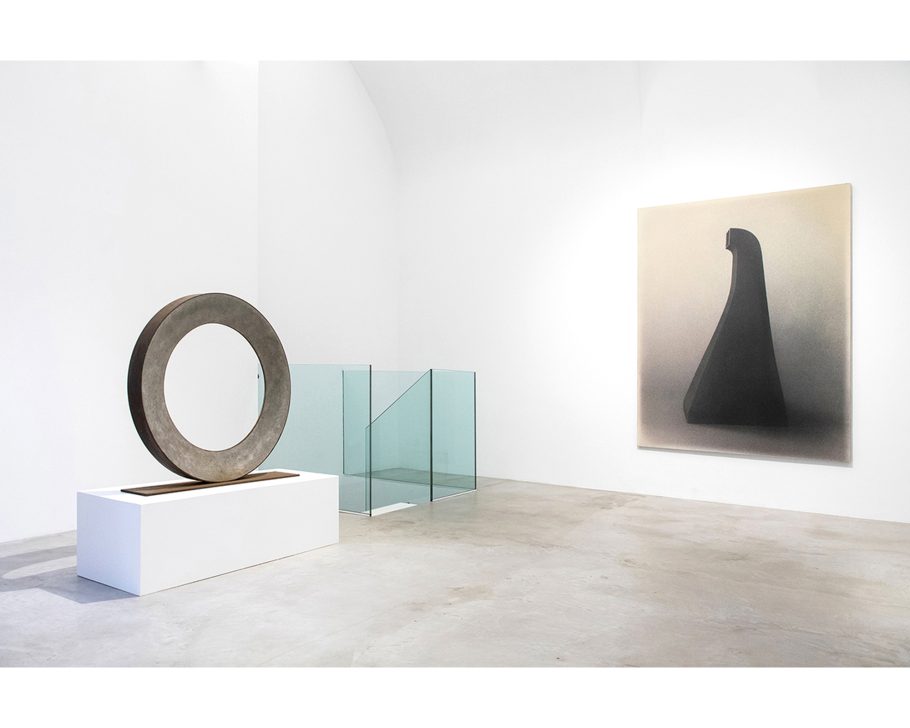