The show presents a series of works on canvas and paper by this artist – born in Abbiategrasso, Lombardy, in 1903 – which allow an overview of his art from the first figurative works (Il campo, 1928) to the eometrical-abstract results of his output from the end of the 1950s to 1978 (Progressioni parallele in viola, 1960) the year of his death in Vacciago, the town that is today the venue of the Antonio and Carmela Calderara Foundation’s museum and archive.
An artist it is almost impossible to pigeonhole, Calderara was above all a reference point to himself, to his constant and passionate research, to his love of art and of the artists with a particular expressive tension, as is highlighted by the catalogue essay by Gianluca Ranzi.

These qualities were always evident and today allow us to make an exemplary analysis of the
expressive purism of the works from the 1930s and 1940s – close to the feeling of the Novecento movement of Ubaldo Oppi, Donghi, and Arturo Martini, but also to the purist rigour of Felice Casorati (Mamma e sorella, 1939, oil on canvas) – up to the dematerialisation of form in favour of a light/colour harmony in the works of the final period. His initial realism in the 1930s showed, on the one hand, a vague affinity with Massimo
Bontempelli’s Magical Realism but, on the other, paid more attention to the mathematicalformal aspects of the harmony of the composition, something that reveals his close observation of the works of Piero della Francesca and Georges Seurat (Pittura n. 40, 1954). He then came to know the work of Josef Albers, Almir Mavignier, and Max Bill, a road that was to lead him,
already at the end of the 1950s (Il lago e l’isola, 1958), to abandon figuration and to follow another direction that reduced composition and exalted the relationship between colour and light (Senza titolo, 1959-60), in many ways an anticipation of the trends in analytical painting in Italy and France in the 1970s or of Post-Painterly Abstraction in the United States.
So, we can understand that, just as happens in scientific research where, when entering the world of the infinitely small, there is a vague sense of elusiveness, in the expressive range of Antonio Calderara too, from the premises to the final results, we see him present limpidly a well-organised historical background and a rigorous scientism which, however, leads to a poetic lightness and a degree of lyrical emotion that are unique of their kind. His was a way of
preceding from complexity to simplicity while maintaining a coherent and personal method towards an absolute purity of relationships, the exclusion of any kind of ornamentation, and the discovery of a truth that is revealed thanks to the magic of the varied rhythm between light and colour. 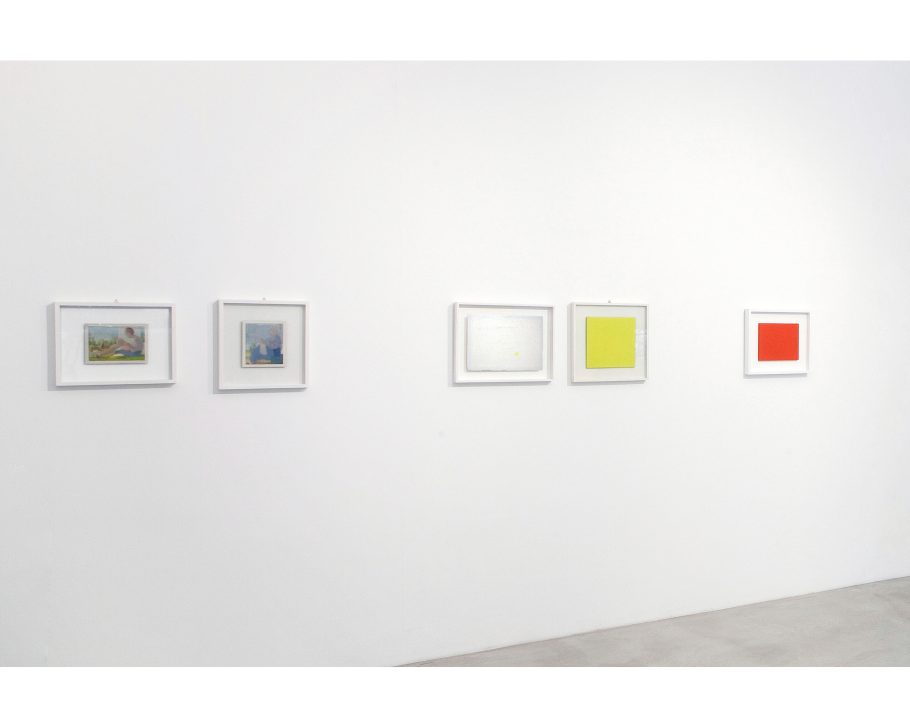 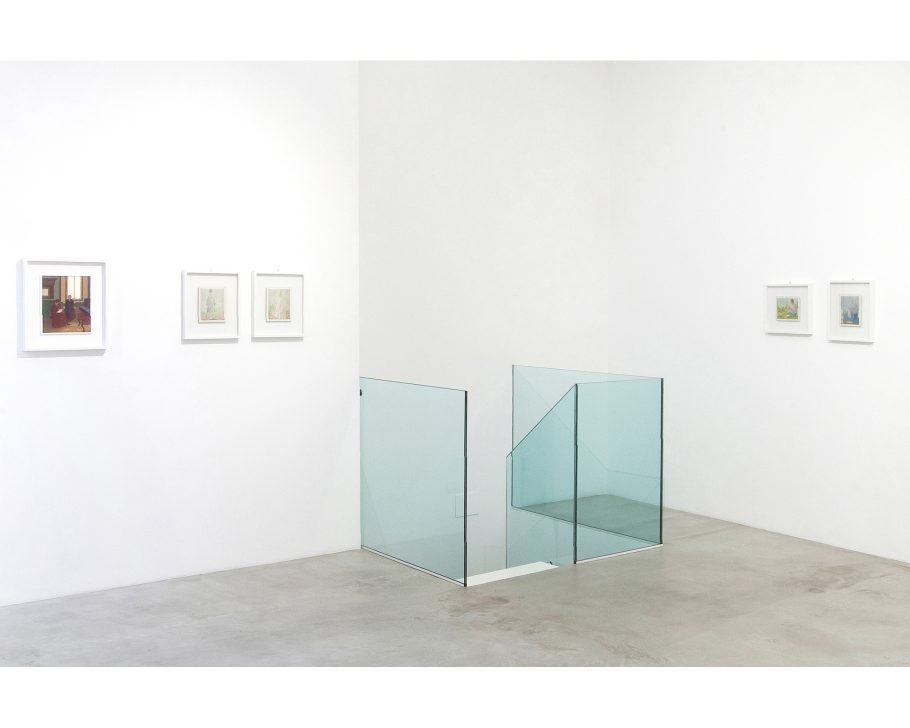